Is an economically important pest of the crop plant under genus Allium. 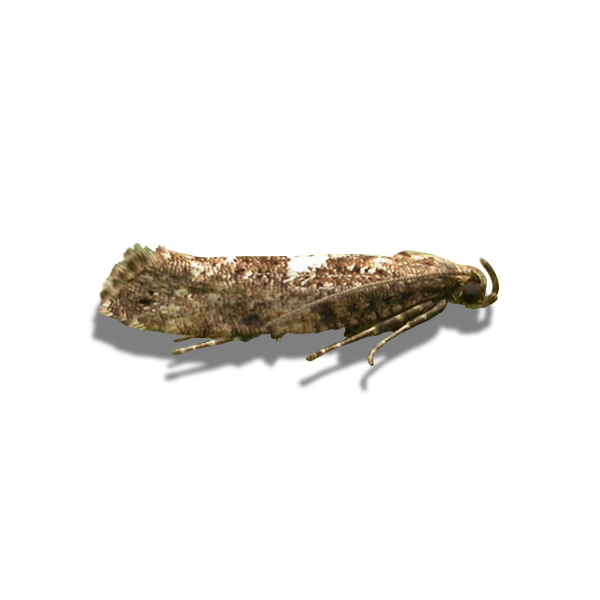 Females lay about 100 eggs, each alone at the base of the host plant. The eggs hatch in 5 to 8 days. Larval development involves five instars and takes 15 days at 25°C.

The females fly at night in an irregular zigzag pattern. Copulation occurs in the early morning and lasts for several hours.

In Europe, the leek moth causes heavy damage to leeks, onions, and related crops by mining and feeding within the foliage and bulbs. Damage is followed by extensive rotting.

The larvae also feed on the seed stalk preventing the formation of the seed (USDAARS, 1960). Larvae mine and bore through the folded leaves of leeks, producing a ‘shot-hole’ effect. They also feed inside the hollow leaves of onions and sometimes bore down into the bulb.

When flowering shoots are attacked, severe losses of seed may result. This is a serious pest in continental Europe, particularly in France and Belgium. Attacks in the British Isles are sporadic (Carter, 1984).

Lure Storage
Store in a cool dry place. Shelf life can vary from 3-36 months depending on the storage temperature. See Technical Data Sheet for further details.