A predator shelter for use in pome fruit orchards

Wignest is a newly developed bioactive refuge that boosts numbers of earwigs and other beneficial predators of pests in apple and pear orchards. 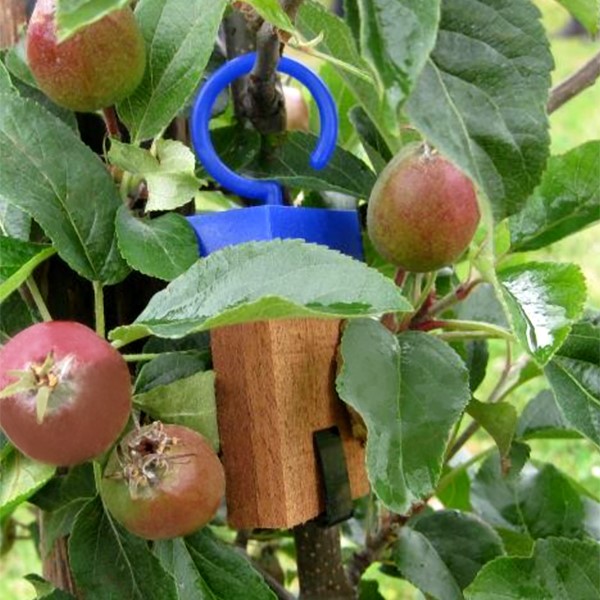 Earwigs have proven to be invaluable predators of pests in apple and pear orchards. They prey upon and significantly reduce numbers of damaging pests, such as the pear sucker, codling moth and woolly apple aphid. Wignest is pre-loaded with an earwig attractant making the refuge highly inviting.

Due to pesticide use and lack of shelter and food, earwigs are less successful in establishing in some pome fruit orchards. The earwig only produces one generation per year, so numbers can be diminished by insecticide use and soil disturbance if targeted during vulnerable stages in their life cycle. Providing shelter and food helps to establish a healthy population which will readily feed on pests.

Place one Wignest per tree at leaf bud-burst on a branch against the trunk of the tree within the lower tree canopy. For young trees on a post and wire system, wedge the Wignest between the tree and the post, hanging from a wire or small branch. Wignest has proven to last for 3 years.